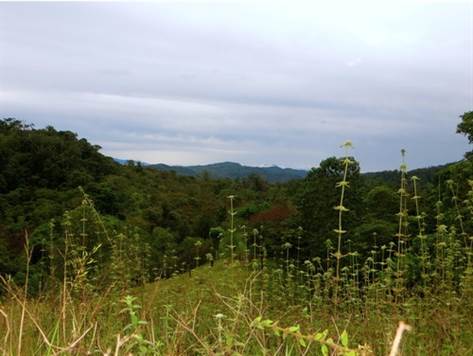 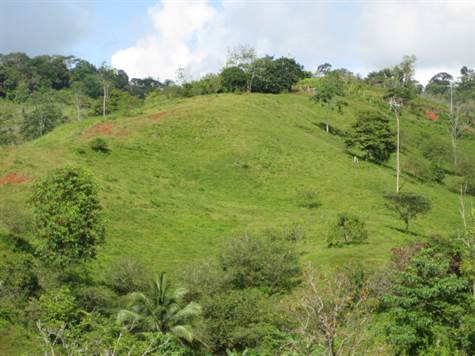 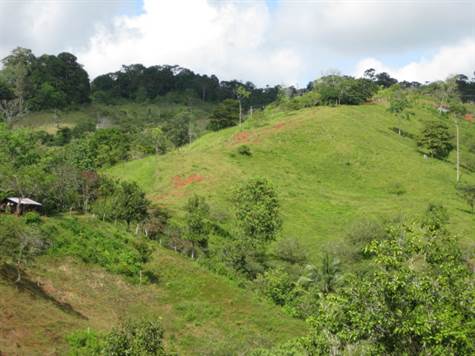 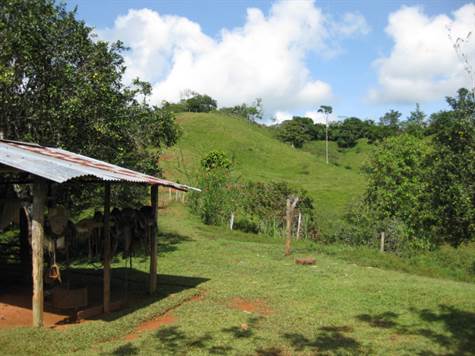 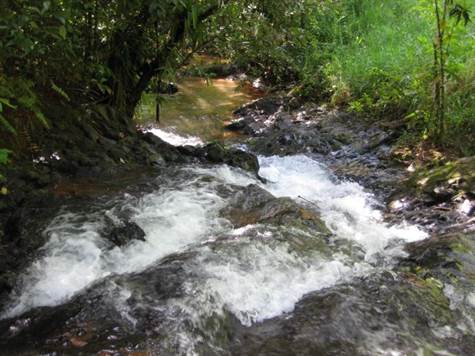 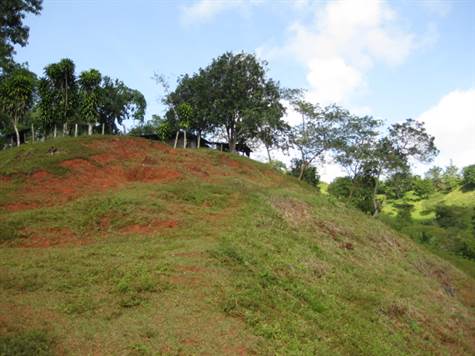 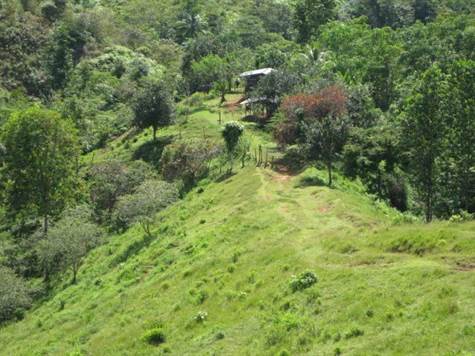 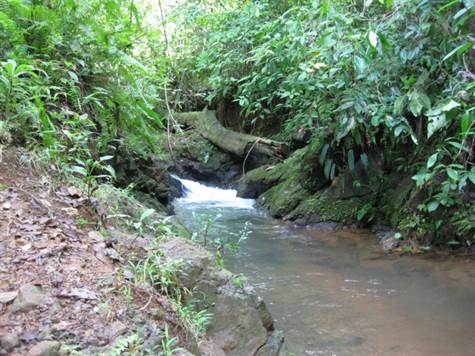 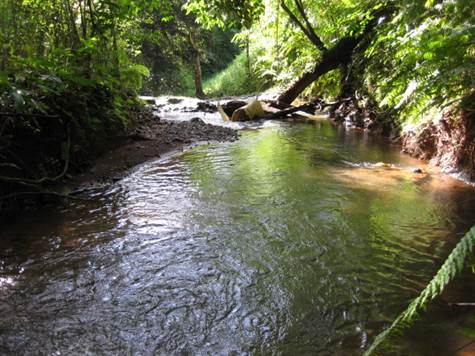 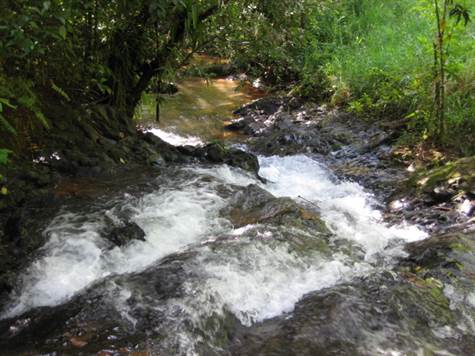 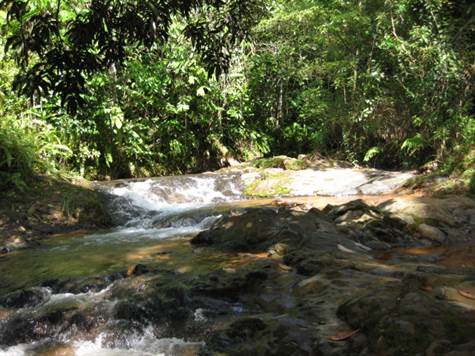 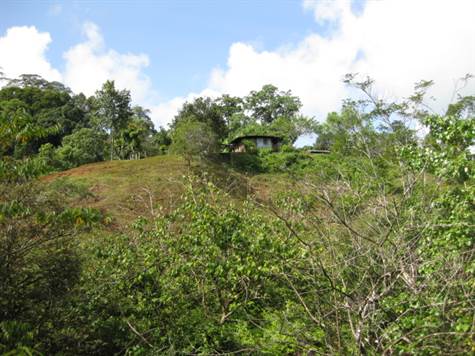 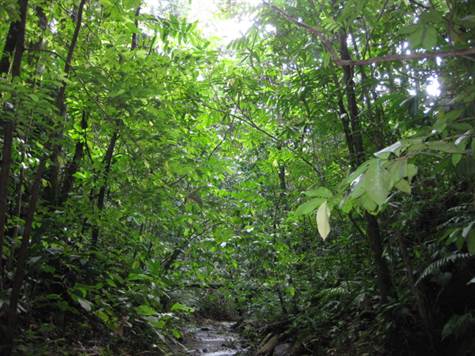 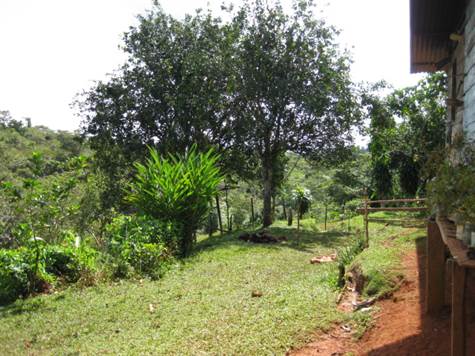 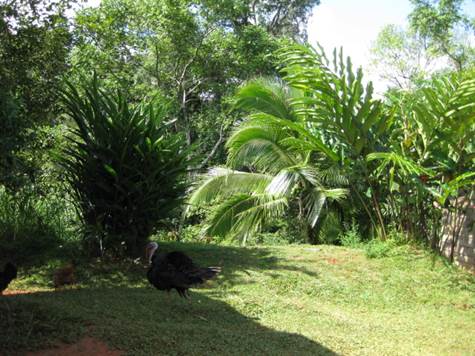 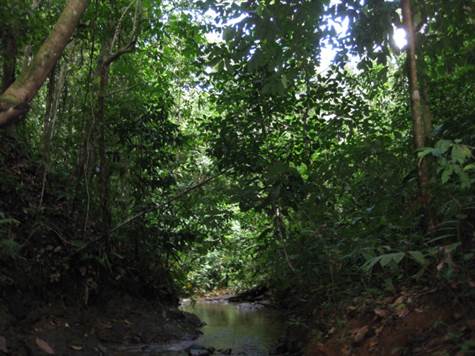 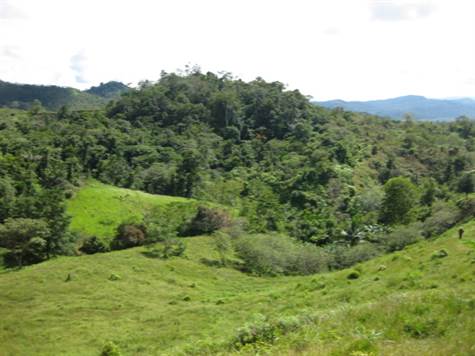 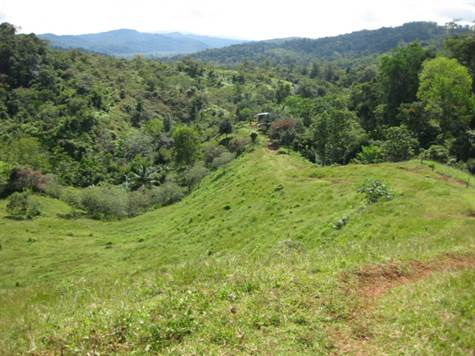 This property encompasses 284 acres of grasslands, rolling hills, and primary forests with flowing rivers and some small waterfalls. The land remains natural offering a variety of construction options, although the place set for a ranch with horses and cattle, there are natural trails that suits for tours, a refuge with canopies, cabins, eco-resort and more. Electricity is in place and the road is maintained by the municipality which makes it easy for construction.

On the property 99 acres of forest contain precious hardwood such as oaks, Ron Ron , Nazareno, Manu , Cristobal, cedro, etc. There are also a variety of fruit trees and vegetables that can be found on the farm and are a good source of food such as mangos, lemons, coconuts, guavas, bananas, casabas, papayas, orages, avocados, and more.

Its location is in a mountain village called San Juan, 25 minutes from the town of Sierpe, Osa Peninsula. The Osa peninsula is one of the most biodiverse areas of the planet. For this reason, the property is in a very important part surrounded with primary and secondary forests and can be reached by car or ferry. For being a quiet place situated on the mountain where you can only hear the sound of nature, there is pollution and provides a fresh feeling with the environment.

There are several species of wildlife and some of the animals that can be found are: Parrots, sloths, monkeys (white-faced capuchins, howler monkeys and spider monkeys), opossums, armadillos, frogs, ocelots, coati, iguanas and many more.

Also, there is plenty of history to explore on the Osa peninsula and the most important towns to know are within minutes and are as follows:

- Sierpe has 54,363 acres of mangroves, the largest mangrove reserve in Latin America. The Térraba-Sierpe National Wetland is home to indigenous animals, birds and reptiles. You can also enjoy activities such as boating or exploring the indigenous rocks established in the city.

- Drake Bay was the port used by Sir Francis Drake in the 16th century and the location of one of the legendary hidden treasures of the British pirate. Until today it is an Ecological Retreat and is known to be one of the largest and most pristine reserves in the country. You can enjoy snorkeling, long secluded beaches, many wild animals.

- Puerto Jimenez, is the largest city on the Osa Peninsula. Located in Golfo Dulce near Corcovado National Park. Very famous for gold mining and logging in the sixties. You can enjoy the nightlife, wildlife, pristine beaches and sport fishing.

- Isla Cano: It has been established as a protected national park, with a permanent ranger station on the island. It is a popular tourist destination, attracting visitors for its beaches, coral beds and marine life. Researchers currently use coral beds to study the factors surrounding coral death and recolonization. Marine life includes manta rays, dolphins, sea turtles, whales, sharks and a variety of fish. Evidence of pre-Columbian human activity on the island is substantial, with some of the most interesting artifacts being stone spheres evidently carved by early civilizations.

- Corcavado National Park: The ecological variety is quite impressive. National Geographic has called it "the most biologically intense place on Earth in terms of biodiversity." Carrying 4% of biodiversity. Not only is the park very popular among tropical ecologists, a visitor can expect to see an abundance of wildlife. (Wikipedia source)

Another wow factor of this area ... An international airport will be held in the near future.

P2#246857397
top
Information is deemed to be correct but not guaranteed.
Seller Login