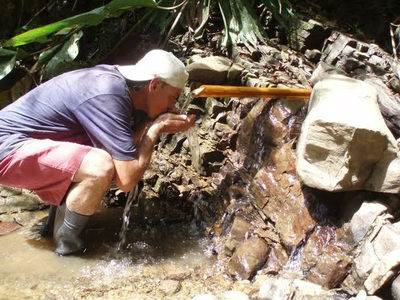 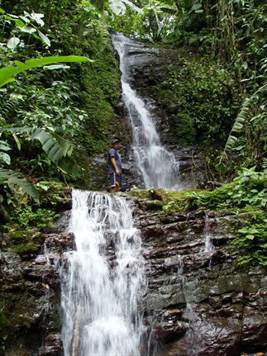 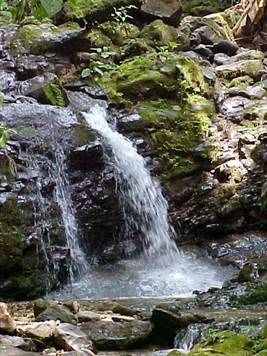 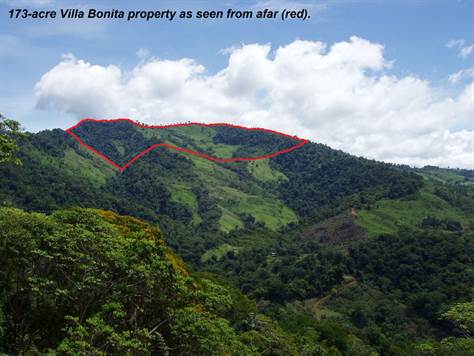 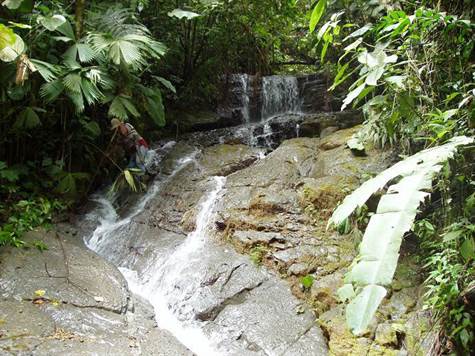 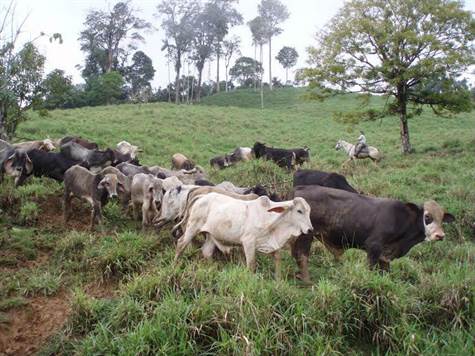 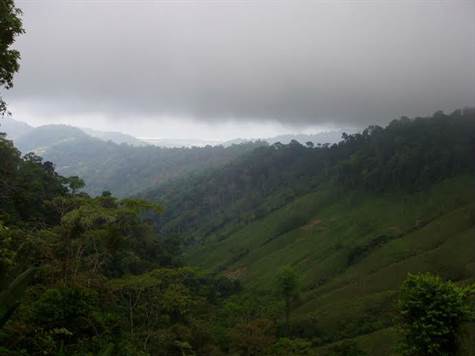 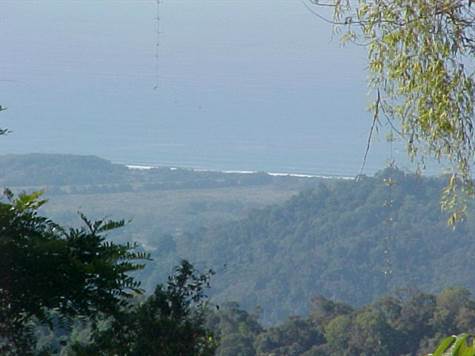 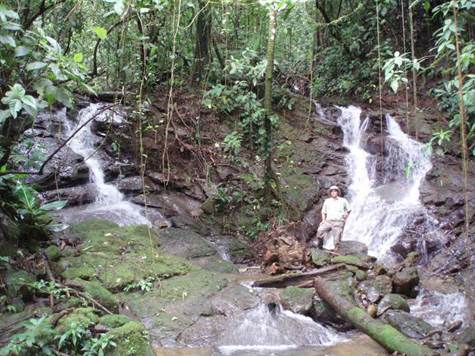 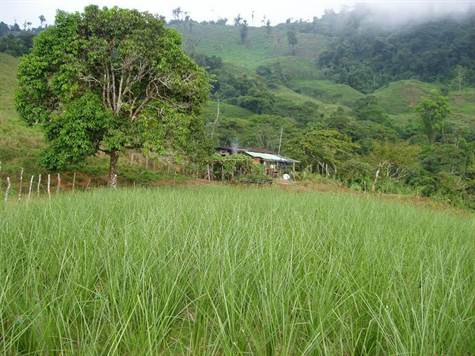 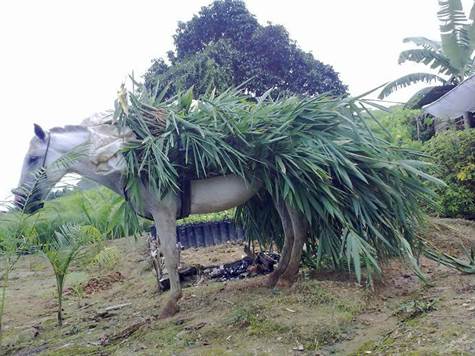 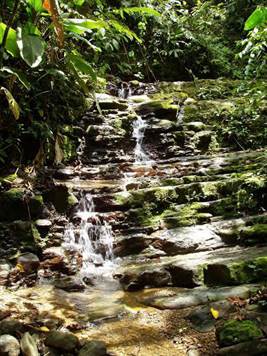 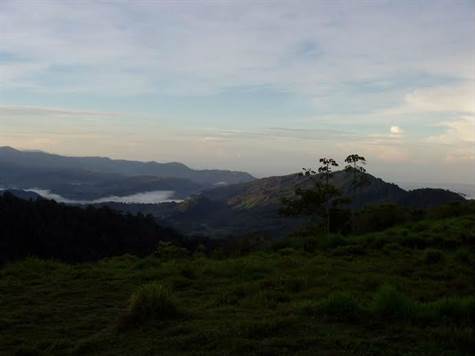 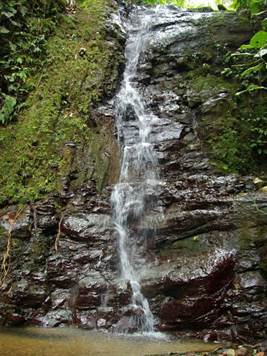 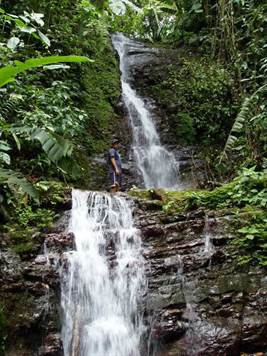 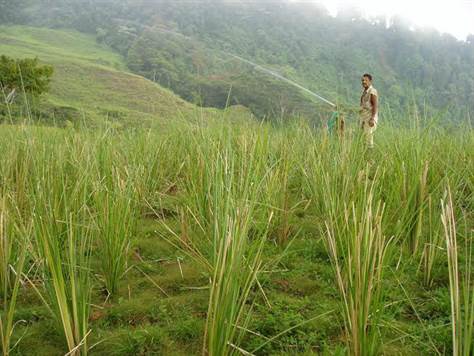 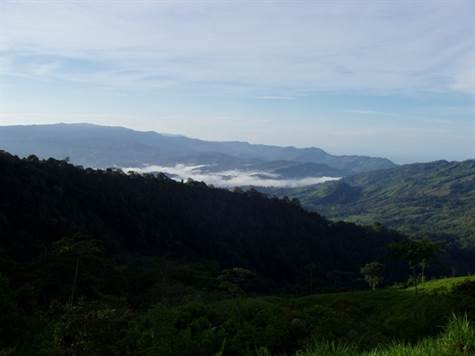 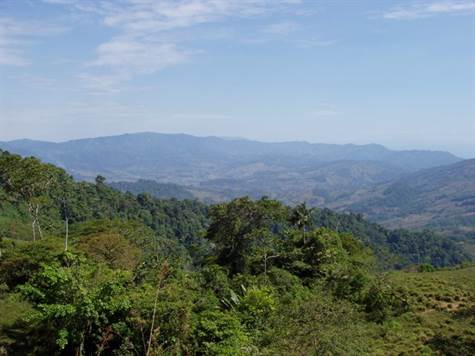 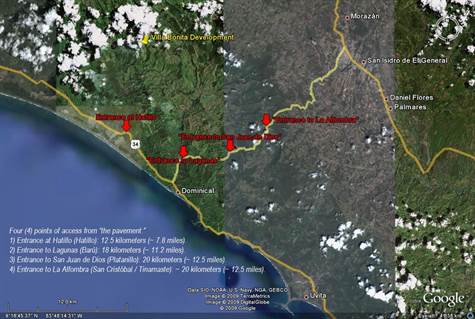 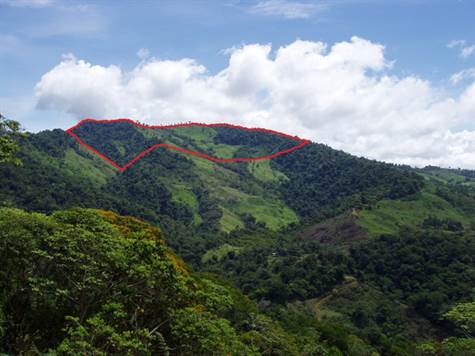 This beautiful farm is located in the mountains near Tierras Morenas and above the beach towns of Hatillo and Playa Matapalo. It is at the end of the road so it doesn't get any more private than this. There are 3 different ways to get to the property. The best access now is from Platanillo and it is about 40 min on a gravel road. It is less than an hour from the beach in Dominical.

Total area: 70 hectares (173 acres). ‘Consists of ~ 35 hectares (86.5 acres) of pristine rainforest, and ~ 35 hectares (86.5 acres) of meadows apt for development. It should be noted that, given Costa Rica’s environmental laws, the cutting of forest is prohibited. The fact that roughly half of this property consists of meadows is significant, as these areas allow for the possibility of development in stride with Costa Rica’s environmental laws.

Privacy: Ensured and everlasting privacy! This property’s top-of-the-mountain location, unique topography (general concave shape), and forested boundaries, together provide for the utmost in privacy. Forested corridors environmentally protected against alteration as per Costa Rica law, flank the property’s boundaries on three sides, acting to ensure that the property’s privacy is never jeopardized. Additionally, the property is situated at an “end of the road” location, thus no thru vehicle access (i.e., no thru traffic). ‘Very appealing from a privacy, as well as a security, standpoint!

Nearly all of the property consisting of pastures, i.e., non-forested areas, has sweeping views of the Pacific Ocean, as well as whitewater ocean views of Playa Hatillo. The upper elevations also have distant whitewater ocean views of Playa Matapalo. On clear days the Peninsual de Osa may be seen, as well as Isla Cano. There are also impressive views of the Guabo Valley (a.k.a. San Juan de Dios Valley) and surrounding mountains.

As for water, there are six (6) springs, three (3) year-round springs (that originate within the boundaries of the property, one of which produces 0.91 liters/second, as per formal studies performed during the height of the dry season (March 2009). Water samples were taken from the two largest springs in which the samples were clinically tested for potability. Said samples proved potable.

P2#127854658
top
Information is deemed to be correct but not guaranteed.
Seller Login